As per the Income Tax Act of Singapore, the corporate tax is imposed on income that is

The first part deals with income that has a source in Singapore. The second part is income with a source outside Singapore but received or deemed received in Singapore.

In order to determine whether an income is subject to taxation in Singapore, the following questions need to be answered:

Check 1: Does the income qualify as foreign-sourced income?

Under the Singapore Tax Ordinance, an entity has to pay corporate tax under the following conditions:

The first two conditions are straightforward. However, the concept of locality of the source of income can be complex and contentious. No universal rule can apply to every scenario. Whether profits arise in or are derived from Singapore depends on the nature of the profits and of the transactions which give rise to such profits. Among other things, the following broad principles play an important role when determining the locality of source of income:

In considering the relevant facts, the nature and quality of the activities matter more than their quantity. It is the cause and effect of such activities on the profits that is the deciding factor.

Check 2: Was the foreign-sourced income “received” in Singapore?

This is under the IRAS section 10(25)(a) clarification, which says: “any amount from any income derived from outside Singapore which is remitted to, transmitted or brought into Singapore”. It refers to money, dividends or other forms of monetary payment being paid into a Singapore-based bank account belonging to a Singapore-based company from an overseas source. It could also be cash, cheques and other types of money orders being physically brought into Singapore and received by the company. This money that the company receives should be the result of the company’s business activities, such as sales, service fees, consultation etc and contributing to its revenue or profit.

Section 10(25)(b) of the IRAS clarification states: “any amount from any income derived from outside Singapore which is applied in or towards satisfaction of any debt incurred in respect of a trade or business carried on in Singapore”.

Section 10(25)(c) states: “any amount from any income derived from outside Singapore which is applied to purchase any movable property which is brought into Singapore”. Movable property, also known as movables, refers to items that can be moved from one place to another. As opposed to real estate, land or other types of fixed property which cannot be moved.

For an individual, movable property is his or her personal belongings. For your company, it may refer to goods, raw materials, equipment and other movables that are directly connected to your business.  If you use your foreign-sourced funds that have been kept overseas, to buy equipment overseas and then you ship those items into Singapore, then the money used for those purchases becomes “income received in Singapore”.

One concern is how much tax the IRAS can charge for goods that may have depreciated in value. IRAS has clarified that the taxation will be based on how much was originally paid for the movable property and not its book value or net worth at any given date.

Check 3: Was the foreign-sourced income “received” in Singapore subject to taxation overseas?

If your overseas income received in Singapore does not meet the above conditions, the said income is liable to taxation in Singapore. However, IRAS will give you a tax credit on any tax you did pay overseas even if there is no double-taxation agreement in place. Singapore wants to make sure that your corporate income is not subject to double-taxation. 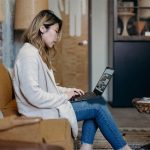 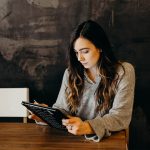